Fear is the number one reason people fail to report employer misconduct. Victims of abusive and hostile work environments fear that they will not be believed, that they will lose their job, or worse, that their careers will be ruined. Thankfully there are various laws that prevent employers from retaliating against those who make a complaint. These laws give employees a separate cause of action for retaliation to go after offending employers who continue their abusive behavior after a complaint has been filed. Retaliation claims allow victims another avenue to seek damages caused by the unlawful behavior of their employers. 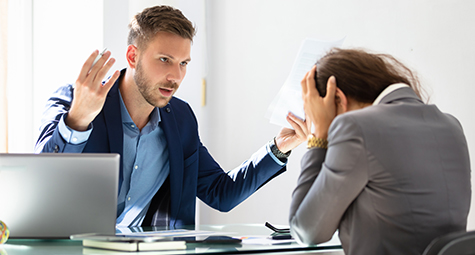 How do you know if you have a valid retaliation claim?

If an employee is terminated, demoted, or passed over for a promotion shortly after they have complained of an employer’s misconduct then a separate claim for retaliation can be asserted against that employer. There are also other overt acts of retaliation such as loss of wages, transfers, termination, unwarranted discipline, and false claims of poor performance. These are easier to spot and can be used to build a strong case. However, some employers retaliate in less obvious ways, but still, make an employee’s life at work horrific. An experienced attorney can easily identify these subtle acts of retaliation and help build a strong case by gathering any pertinent evidence that can be used later on at a trial.

You need a lawyer who will fight back against a BAD BOSS who retaliates against an employee who was simply exercising his or her rights. At Cohen & Fitch LLP we have helped employees recover for lost wages for years. These are any wages that would have been received had the employee not missed a raise or a promotion due to any job-related retaliation, termination, or payment for mental anguish if the discriminatory acts were damaging enough. We will also help to recover any money spent on attorneys’ fees. It’s worth filing a claim if you’re suffering retaliation for speaking out against an abusive employer. Cohen & Fitch LLP will aggressively and passionately help you file a claim against your BAD BOSS. Call 212-BAD-BOSS today for a free initial case consultation.