National cases like Michael Brown, Tamir Rice, and Philando Castile bring the problem of police shootings to the forefront. If you live in New York you most likely know the names of Amadou Diallo and Sean Bell because of their high profile murders at the hands of the NYPD. While these are only a select few names, the truth is that according to the Washington Post, in 2017 there were 987 individuals fatally shot to death by law enforcement. In 2018 that number rose to 998. In addition, in both 2017 and 2018, Black and Hispanic males made up approximately 40% of the shooting victims and these numbers show no signs of stopping. These numbers, while tragically high, also do not take into account the number of police shootings that do not end in death but rather in life-altering severe physical injuries such as: 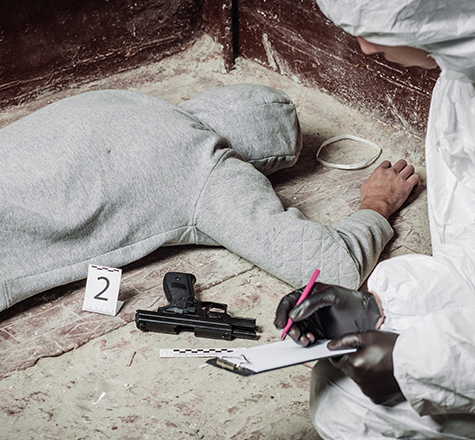 Police shootings are nothing short of an epidemic in this country and while we as a society hope that only those who act with the greatest amount of care, compassion, and responsibility will be allowed the privilege of becoming police officers, the unfortunate fact is that police departments like the NYPD are consistently relaxing their hiring criteria making it much easier for those with proclivities to violence to obtain a badge, a gun and a license to kill. Moreover, while agencies like the CCRB are formed with the best intentions, they are frequently ineffectual at curbing violence and holding officers accountable for their misconduct. In many instances, their investigative criteria are skewed with a bias towards police making their function and purpose meaningless.

Even if you are guilty of a crime, a police officer rarely has the right to use deadly force to apprehend or stop a suspect. A police officer has the right to use lethal force only in situations where their lives or the lives of others are being threatened with deadly force, however, what is becoming more frequent is that many unskilled and untrained officers have a shoot-first mentality, which leads to lies and cover-ups to conceal the criminality of their acts and rarely – if ever – results in any meaningful consequences for these officers.

Cohen & Fitch can hold these officers accountable for their criminal acts even if no else will. If you or a loved one has been the victim of a police shooting, it does not matter if the officer has not been disciplined or charged in the shooting, you may still have a claim for damages for the pain and suffering caused by the shooting. In addition, if the officer was reckless or malicious in the shooting – or the subsequent cover-up – you are likely to receive punitive damages as well. Even if you are found guilty of a crime, the burden of proof in a civil case is significantly lower than a criminal action and you still can recover. Stand up to these acts of violence and contact Cohen & Fitch LLP for a free case evaluation.