Individuals who are serving prison sentences are often the most forgotten members of society, however, a wise man once said that the civility of a society can be measured by the way the society treats its prisoners. If that is true, it is clear that the United States is failing by every measure. For years, the abuses and constitutional violations suffered by inmates has been well documented. In New York alone, stories of State and local facilities flood the headlines. From prison guards who are trading sexual favors for prison benefits to the infamous “fight club” at Rikers Island, the conduct that has been tolerated in New York prisons is nothing short of alarming.

Apart from the most infamous examples of prisoner abuses, there are the singular abuses suffered everyday by inmates. Prison conditions range from bad to worse and inmates are frequently denied basic necessities, are allowed to live in deplorable conditions and receive substandard medical treatment or none at all. Most often though, prison guards frequently subject inmates to brutality and physical violence under the guise of “maintaining order.” These violent episodes can come in the form of attacks from the guards themselves with incidents of choking, punching, stomping, chemical agents, tasing, using riot batons and even sexual abuse. 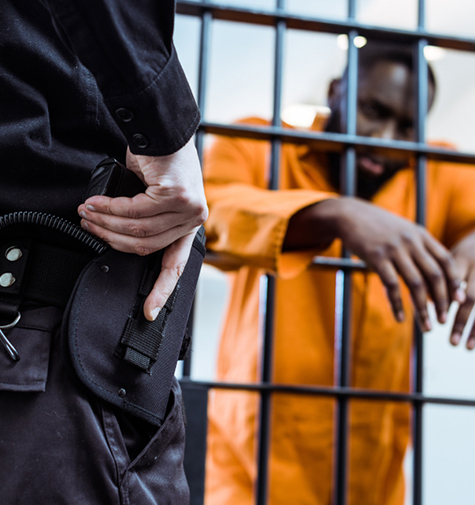 In addition to guard on inmate violence, another frequent occurrence is the failure of prison officials to intervene during inmate on inmate attacks when the attacks are known and easily preventable. In fact, in many instances guards will purposely turn a blind eye or leave their assigned posts in order to allow beatings to occur in order to punish inmates.

However, as a State or Federal inmate, you have a constitutionally guaranteed right to be free from cruel and unusual punishment under the Eighth Amendment. This Amendment protects prisoners against unprovoked and unjustified acts of violence from prison guards. Inmates are also guaranteed a certain level of protection under the Due Process clause because the State has placed them in a position of vulnerability by incarcerating them. When these rights are violated, prisoners can sue for injuries, such as:

If you have experienced physical, sexual, or psychological abuse during incarceration in New York, you should contact Cohen & Fitch LLP right away. Cohen & Fitch LLP has years of experience going up against state and local governmental agencies and have obtained substantial compensation for inmates that have been injured in some way while in custody. Don’t be afraid to seek help if you feel your rights as a prisoner are being violated. Reach out to Cohen & Fitch LLP immediately for a free case consultation and take the first step towards justice.