For most people, the thought of being falsely prosecuted for crimes is unimaginable. Being forced to defend against prosecution is harrowing enough, whether it is the thought of losing your freedom indefinitely or the cost and anxiety associated with going through a process that can drag on for months and even years. Some are even forced to spend the duration of the prosecution in prison, unable to make bail, which can truly feel like a presumption of guilt when we live in a society that is supposed to stand for the opposite. To a shameful degree, many prosecutions are based on some amount of false information, whether it is trumped-up charges on top of legitimate other charges to warrant high bail or charges that are all completely false.

For those that are lucky enough to beat these false prosecution charges and have their cases dismissed or are acquitted at trial, they are so glad to put the experience behind them that the thought of pursuing their own action against the very individuals responsible for their prosecution never crosses their mind. However, a dismissal and acquittal do not have to be the only reward. No person deserves to have false charges levied against them and have the justice system perverted so that officers and prosecutors can carry out their own malicious agendas. 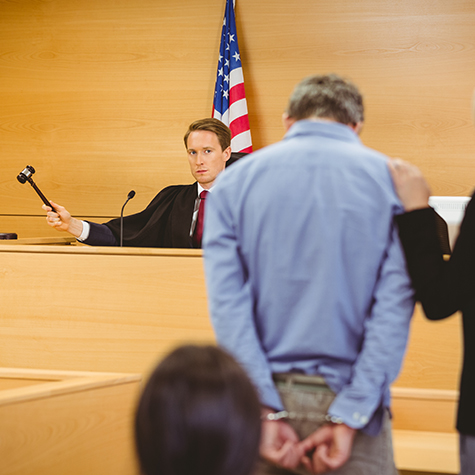 What is Malicious Prosecution?

Malicious prosecution is a civil rights claim recognized under federal and state law for individuals who have been prosecuted based on false allegations. It occurs when an officer arrests an individual and then lies to prosecutors about the facts and circumstances of the alleged crimes committed. It can also occur where officers cover up, conceal or manipulate the evidence of innocence in order to make the changes “stick.” Malicious prosecution is separate from false arrest, which means that even if there was probable cause to arrest an individual, they cannot be charged if there is insufficient cause to believe that they can be successfully prosecuted. It occurs where either the entire prosecution is false or where certain charges are false – even if others are legitimate – and those false charges caused you to suffer a loss of your liberty as a result.

Malicious prosecution claims are also far more complex than false arrest claims, so it is imperative that you understand your rights when pursuing any form of restitution in these cases. This should be done in order to ensure that you do not make any mistakes that could affect your ability to continue pursuing your claim. For example, in order to pursue this particular type of claim, you should have obtained dismissal or acquittal for some or all of the charges held against you. Though it may not be entirely necessary for you to defeat every charge in order to pursue a claim. Once you've had all charges dismissed or you are acquitted of certain charges, you can then pursue a claim to recover any:

In addition to these damages, because this claim involves the malicious act of bringing upon false charges without any probable cause, there is a high likelihood that a jury will award you with punitive damages as a result. Punitive damages are meant to punish people who are intentionally egregious towards you. This is exactly the type of behavior committed when an officer has levied false charges against another individual.

Cases involving government officials who refuse to admit to any wrong-doings and whose attorneys seek to silence your claims are oftentimes very hard to handle. Cohen & Fitch LLP has over a decade of experience standing up to any police and/or other government agencies. We will not be intimidated or waiver in our commitment to helping you receive the justice that you deserve. Our track record in fighting against any malicious prosecution claims gives our clients an unparalleled edge in handling these cases that other attorneys simply cannot match. When it comes to seeking justice in these situations, timing is of the essence. Act now and call the legal experts here at Cohen & Fitch LLP today for a free case evaluation.